1 Dead, 5 Injured in an accident off Durban 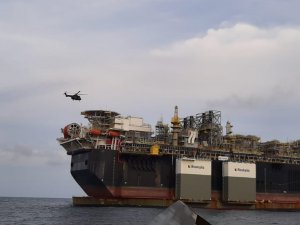 A Brazilian crewman suffered fatal injuries in the accident that occurred on board an unidentified heavy lift vessel off South Africa, which called for assistance on January 7.

According to the National Sea Rescue Institute (NSRI) of Durban, on the ship’s Captain’s request the body of the deceased man would remain onboard the ship.

Five more crew members of Brazilian nationality were injured in the accident. However, further details about the type of the incident in question were not revealed.

NSRI Durban, Netcare 911 ambulance services and the SA Air Force (SAAF) were tasked to rendezvous with the vessel which diverted from deep-sea and headed towards Durban.

“On arrival on the scene, 28 nautical miles off-shore East of Durban, the SAAF Oryx helicopter landed on the ship’s helicopter pad,” NSRI said.

“The SAAF BK-117 helicopter and the sea rescue craft stood-by on the scene while Netcare 911 rescue paramedics and the NSRI medic took over care of the 5 patients from the ships medical crew and the patients were transferred into the Oryx helicopter.”

Medical treatment continued in the helicopter and the 5 patients, 1 in a critical condition and 4 in stable condition were airlifted to a hospital in Durban.

NSRI said that all 5 patients are in stable conditions and they are recovering in hospital.

Based on the footage released by the rescue coordination centre, the heavy-lift vessel is part of Boskalis fleet and was transporting a Petrobras offshore platform.

As World Maritime News understands, the identity of the vessels is not being revealed until family members are informed of the incident.

Boskalis is yet to provide our publication with a comment on the matter.

This news is a total 292 time has been read
Tags: Accident, Boskalis, fatality, NSRI.