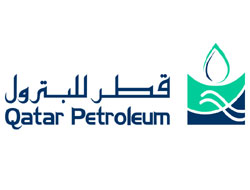 Qatar Petroleum aims to generate US$154 billion in total revenue through 2012.

Qatar Petroleum aims to generate US$154 billion in total revenue through 2012.

Qatar Petroleum, the state-run energy company in the world"s largest producer of liquefied natural gas, aims to generate QAR 560 billion (US$154 billion) in total revenue through 2012 as new projects begin producing fuel. Sales in the first nine months of this year were almost twice the amount forecast for all of 2008 after oil sold for about three times the assumed price, according to a Qatar Petroleum management presentation in Doha yesterday. Oil and gas producing countries saw profit soar as crude rallied during the first half of the year to a record US$147.27 a barrel in July. At the same time, rising materials and labor costs boosted the expense of new exploration and production projects. Since the Summer crude prices plunged by more than US$100 and producers have delayed some developments.

The QAR 560-billion revenue forecast is cumulative for the period covered by a five-year company plan for 2008 through 2012, according to a presentation at a company meeting by Qatar Petroleum Finance Director Mohammed al-Sherawi.

Sales this year were targeted at QAR 74.2 billion under the plan, based on oil selling at US$35 a barrel, al-Sherawi said. Instead, Qatar Petroleum sold crude at an average US$111.6 a barrel during the first nine months of the year, generating revenue of QAR 141 billion.

Sales were forecast to rise to QAR 94 billion next year, according to the plan, and to QAR 142 billion in 2012. The company is ?adapting a very conservative approach? to oil prices and swings in energy costs, al-Sherawi said. Delaying the start of projects in the plan could impact the company"s ability to meet cash flow targets, he said.

Qatar holds the world"s third-biggest gas reserves and is the largest producer of liquefied natural gas, or LNG. The Persian Gulf state, a member of the Organization of Petroleum Exporting Countries, is boosting production by adding capacity to produce LNG, which is gas cooled to liquid form for transport by ship.

Qatar Petroleum aims to spend about QAR 275 billion on capital and operating expenditure through 2012, al-Sherawi said. Spending so far this year has been less than forecast because high project costs led to the delay of some developments.

LNG is set to account for more than a quarter of Qatar Petroleum"s sales in the period. The company"s Qatargas unit is set to start two new LNG production units, or ?trains,? in 2009 and early 2010, after both were delayed due to high project costs. Qatar has also ordered a new fleet of LNG ships. Energy projects in the tiny emirate often have foreign partners, such as Royal Dutch Shell and ConocoPhillips.

Operating costs will nearly double to almost QAR 30 billion in 2012 from a projected QAR 16.8 billion this year as the start of new LNG trains increases expenses.

After paying part of its revenue to the state, Qatar Petroleum will have QAR 406 billion in cash available over the five year period of the plan, according to the presentation.

This news is a total 4670 time has been read