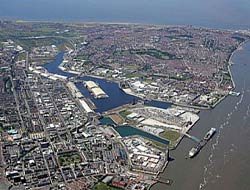 The announcement includes £19.5m of additional investment in the marine renewables industry in the region including funding for the South West Regional Development Agency"s (RDA) pioneering Wave Hub project, which was given the official go-ahead. Wave Hub has also signed its first legal contract with wave device developer Ocean Power Technologies Ltd and placed its first order for equipment.

The Government investment includes £9.5m for the RDA"s Wave Hub project, which could create more than 1,800 jobs in the UK. A further £10m has been made available for the RDA to support other marine energy projects in the South West.

The ERDF (European Regional Development Fund) Convergence Programme also announced last week that it will invest £20m in Wave Hub, which will be commissioned next summer. The first equipment orders were also placed.

With government, RDA, European and private sector funding, total investment in the South West"s marine energy programme in the next two years is expected to top £100m, putting the region at the forefront of an emerging global industry.

Lord Mandelson, Secretary of State for Business, Innovation and Skills, named the South West as the UK"s first Low Carbon Economic Area at the launch of the Government"s Low Carbon Industrial Strategy in London.

Stephen Peacock, Enterprise and Innovation Executive Director at the South West RDA said, "We welcome the Low Carbon Industrial Strategy which sets out a range of opportunities to ensure that we take advantage of a global market for low carbon products and services that could be worth £4.3 trillion by 2015."

The announcements mark a significant milestone in the Wave Hub project, a giant grid connected socket on the seabed off the coast of Cornwall for wave energy devices to be tested on a scale not seen before. The South West RDA last week confirmed:

The project has the capacity to generate 20MW of green electricity with the potential to be scaled up to 50MW in the future.

JDR Cable Systems Ltd has been appointed to manufacture the 26.5 km (16.5 mile) cable and hub assembly for Wave Hub at its new factory in Hartlepool in a contract worth £7.6m.

RDA research and development grant of £229,000 awarded to wave device developer Orecon in Bodmin, Cornwall, with a view to the company coming to Wave Hub in the future.

Contract for onshore electrical package expected to be let in the next few weeks.

The South West"s marine energy industry is supported by the £15m Peninsula Research Institute for Marine Renewable Energy (PRIMaRE), set up two years ago by the Universities of Exeter and Plymouth with funding from the South West RDA and Europe. It offers expertise at the cutting edge of the industry and already boasts 15 world class academic staff, 60 researchers and a dedicated technology transfer team that works with businesses to support high quality job creation.

Last week"s announcements form part of the Government"s Low Carbon Industrial Strategy and coincide with a suite of other policy announcements including publication of the Government"s Energy and Climate Change White Paper, Renewable Energy Strategy and Carbon Reduction Strategy for Transport, which together form a low carbon transition plan to decarbonise Britain"s economy, cut emissions and meet renewable energy targets.

This news is a total 965 time has been read