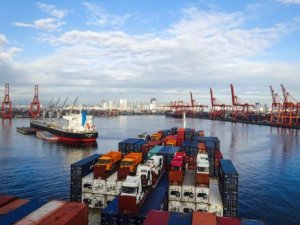 Some P53 million ($1 million) worth of agricultural products were seized by the Bureau of Customs-Port of Manila (BoC-PoM), for misdeclaration and lack of importation permit.

PoM Collector Arsenia Ilagan said on Wednesay that a warrant of seizure and detention (WSD) was issued against the shipment for violation of the Customs Modernization and Tariff Act (CMTA).

The consignee or importer is also liable for violation of Republic Act (RA) 10845 or the Anti-Agricultural Smuggling Act of 2016. Agricultural smuggling, including rice worth P1 million and above, is punishable by a non-bailable offense of economic sabotage.

RA 10845 also penalizes agricultural smugglers and their cohorts with life imprisonment, and a fine of twice the fair value of the smuggled agricultural products and the aggregate amount of the taxes/duties/charges avoided.

The seized goods, consisting of 16 containers of carrots, onions, broccoli and potatoes, came from China and were declared by the consignee as fishball with a total declared duties and taxes of of P2.5 million.

This news is a total 209 time has been read
Tags: MANILA PORT , SEIZURE