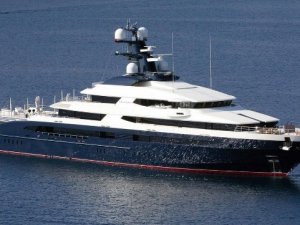 State investment fund 1Malaysia Development Berhad (1MDB) has claimed ownership of the $250 million superyacht Equanimity, which was arrested in Indonesia this March on charges that it was purchased with stolen funds.

The vessel is now at Port Klang, Malaysia, where it will remain under court arrest until its fate is decided.

In a suit filed earlier this year, the FBI and the U.S. Department of Justice alleged that the Equanimity was purchased with money embezzled from 1MDB by Malaysian businessman Jho Low (or Low Taek Jho). The U.S. agencies requested the assistance of Indonesian law enforcement in detaining the vessel as part of a broader investigation into fraud at 1MDB.

Including the funds used to purchase the Equanimity, DOJ asserts that Malaysian officials diverted $4.5 billion from 1MDB for their own benefit. In civil actions filed in U.S. courts, the agency is targeting $1.7 billion in assets (including the Equanimity) to recover a portion of the loss. Other nations are also pursuing civil and criminal cases related to the scheme. Among others, the scandal has ensnared former Malaysian prime minister Datuk Seri Najib Tun Razak, who was charged Wednesday with three counts of money laundering in connection with the alleged fraud. The charges do not relate to the Equanimity, and Najib has denied any knowledge of the vessel's purchase.

Now that Malaysia has formally laid claim to the Equanimity, DOJ has paused its own lawsuit against the vessel in U.S. courts. 1MDB is suing to win its ownership, and if successful, it hopes to sell it at auction to recover some of its value. In the interim, officials believe that it will cost more than $700,000 per month to maintain.

This news is a total 618 time has been read
Tags: 1MDB Sues for Ownership of Superyacht Equanimity