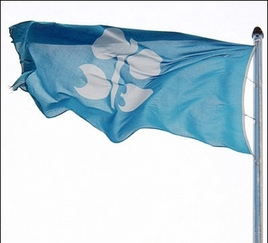 The Organisation of Petroleum Exporting Countries (Opec) oil production declined 2.1 per cent in November as falling prices forced members to cut output for the first time in almost two years, a Bloomberg News survey showed. Production averaged 31.41 million barrels a day (bpd) last month, down 665,000 barrels a day from October, according to the survey of oil companies, producers and analysts. It was the biggest drop by the 13-member group since April 2003, after the US-led invasion of Iraq disrupted that country's oil industry. October output was revised 105,000 barrels a day lower.

Oil ministers agreed on October 24 in Vienna that the 11 members with quotas would cut supply by 1.5 million barrels a day, after prices dropped more than 50 per cent from a July record. The previous time the Opec cut output targets was December 2006.

"They all want to shore up the prices."

Crude oil in New York has fallen 68 per cent since reaching a record $147.27 a barrel on July 11. Futures dropped 17 cents to $46.79 a barrel Wednesday on the New York Mercantile Exchange, the lowest closing price since February 9, 2005.

"I think it's kind of a prisoners' dilemma," Emerson said. "No member wants to be the one who cuts the most in proportion to its output."

Production by the 11 members with quotas, all except Iraq and Indonesia, declined 725,000 barrels to 28.24 million barrels a day, 932,000 barrels higher than the group's target. Iraq and Indonesia don't have quotas.
Indonesia, which is a net oil importer, is leaving the group at the end of the year. "They have cut less than half of what was promised," said Michael Lynch, president of Strategic Energy and Economic Research, in Winchester, Massachusetts. "They will lose credibility with traders when they make further announcements."

Qatar's oil minister said Wednesday that Opec will "definitely" cut output at its next meeting in Algeria on December 17. Qatar is the second-smallest producer in Opec; only Ecua-dor pumps less.

The UAE reduced output 170,000 barrels a day to 2.25 million barrels a day in November, the second- biggest decline, because of scheduled maintenance.

Work at the gas plant on Das Island forced the partial shutdowns at the Lower Zakum and Umm Shaif oil fields in the second half of October and throughout November.