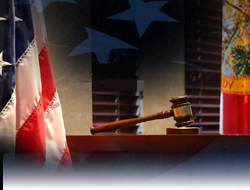 Consultores de Navegacion, the Spanish operator of the M/T Nautilus, has agree to pay a fine of $2.5 million.

Consultores de Navegacion, the Spanish operator of the M/T Nautilus, has agree to pay a fine of $2.5 million.

Consultores de Navegacion, the Spanish operator of the M/T Nautilus, has agree to pay a fine of $2.5 million and has pleaded guilty in a Boston District Court to criminal violations related to the overboard discharge of oil-contaminated bilge on the high seas, the US Justice Department announced.

The 1998-built Cyprus-flagged Nautilus is a 43,538 dwt chemical products tanker managed by Consultores de Navegacion although its registered owner is Iceport Shipping.

Charges against Cyprus-based Iceport Shipping have been dismissed.

Consultores de Navegacion pleaded guilty to conspiracy, falsification of records, false statements, obstruction, and two violations of the Act to Prevent Pollution from Ships for failing to maintain an accurate oil record book.

The practice of improperly handling and disposing of oil-contaminated waste from the tanker as charged in the indictment took place from at least June 2007 until March 2008.

As part of the plea agreement, Consultores De Navegacion will serve three years of probation and implement a comprehensive environmental compliance plan to ensure there are no future violations of the law.

According to the Justice Department, between June 2007 and March 2008, senior engineers on the M/T Nautilus directed subordinate engine room crew members to use a metal pipe to bypass the ship"s oil water separator and instead to discharge oil-contaminated waste directly overboard.

?As long as individuals and maritime companies ignore this nation"s environmental laws, the Justice Department will continue to bring cases and seek justice for those involved.?

This news is a total 2804 time has been read