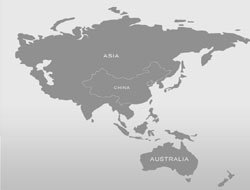 Research and Markets has announced the addition of the "Asia-Pacific Oil & Gas Sectors : A Company and Industry Analysis (August 2008)" report to their offering.

Research and Markets has announced the addition of the "Asia-Pacific Oil & Gas Sectors : A Company and Industry Analysis (August 2008)" report to their offering.

This report updates the previous Asia-Pacific oil and gas report, focusing on the markets in Australia, China, India, Indonesia, Japan and South Korea.

- Crude oil prices rose 66% from a year ago to US$134.74 a barrel (US$/bbl) on June 20, 2008, amid a tight supply background and continued market speculation and concerns over conflict in the Middle East

- The share prices of leading oil and gas companies in the Asia-Pacific performed bearishly over the past six months to June 20, 2008, down by 23.73% from a year ago on profit taking

- The Asia-Pacific surpassed North America as the world's primary oil consuming region in 2007, accounting for about 30% of the global share, figures from BP Statistical World Energy Review 2008 show

- The Asia-Pacific proved oil and natural gas reserves were 40.8 billion barrels (BBL) and 510.69 trillion cubic feet (Tcf) respectively at the end of 2007

Although sizeable, these reserves are still smaller than those in the Middle East, Russia and Africa

- The region's oil production in 2007 grew marginally by 0.3% to 7.907 million barrels a day (MMbbl/d), due to declining production in Brunei and Indonesia

Separately, Asia-Pacific natural gas output rose by 4.8% to 13.82 Tcf, thanks to rising output in China and Vietnam

- South Korea and Japan plan to work with the US for commercial production of methane hydrates, a potential unconventional gas resource found mainly in the US, China, India, Japan and South Korea

- The International Energy Agency (IEA) anticipates world oil demand growth will rise by only 800,000 barrels a day (bbl/d) after Asian economies rolled back oil subsidies in the 2008 first half to curb domestic consumption

Between 2008 and 2017, there are set to be some 17 LNG projects planned for development with up to 80 million tons (MT) of annual capacity

- The IEA estimates Asia-Pacific oil demand will reach 38.3 MMbbl/d in 2008, driven by continued strong demand from China and India

This news is a total 823 time has been read