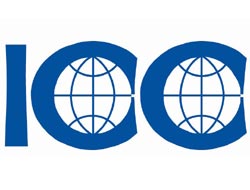 The ICC International Maritime Bureau (IMB) Piracy Reporting Centre (PRC) has today released its annual piracy report which shows an unprecedented rise in maritime hijacking in 2008. The 2008 figures surpass all figures for hijacked vessels and hostages taken recorded by the PRC since it began its worldwide reporting function in 1992. In 2008 there was a worldwide total of 293 incidents of piracy against ships, which is up more than 11% from 2007 when there were 263 incidents reported. In 2008, 49 vessels were hijacked, 889 crew taken hostage and a further 46 vessels reported being fired upon. A total of 32 crew members were injured, 11 killed and 21 missing ? presumed dead. Guns were used in 139 incidents, up from 72 in 2007. The increase is attributed to the number of attacks in the Gulf of Aden with 111 incidents reported on the east coast of Somalia and the Gulf of Aden. The rise peaked in September with 19 attacks. In October and November there were 15 and 16 vessels attacked respectively. This is an increase of nearly 200% from 2007. In addition, 2008 saw the largest tanker ever being hijacked by Somali pirates, and successful attacks being carried out at greater distances from land than in previous years. All types of vessels with varying freeboards and speeds were targeted. The pirates boarding the vessels were also better armed than in previous years and prepared to assault and injure the crew.

?We are encouraged by recent efforts to tackle Somali piracy and hope that more governments will continue to devote more assets to the region. International navies are the only ones capable of effective response against piracy in the region and can help to secure the safety and security of this major maritime trade route,? said Captain Pottengal Mukundan, Director of the ICC International Maritime Bureau.

Nigeria ranked second in the report with 40 reported incidents including 27 vessels boarded, five hijackings and 39 crew members kidnapped. The PRC is also aware of approximately 100 further unconfirmed incidents that have occurred in Nigeria. Under-reporting from vessels involved in incidents in the Nigerian waters remains a great concern.

On the positive side, there have been declines in other regions.

?Indonesia should be applauded for its sustained efforts in curbing piracy and armed robbery in its waters,? said Captain Mukundan. ?Compared to 2003 when 121 attacks were reported, there has been a continued year-on-year decline with 28 incidents reported in 2008, the majority of which were opportunistic, low-level attacks.?

The Malacca Straits has also seen a reduction in the number of incidents reported, only two in 2008 compared to seven in 2007. This welcome reduction has been the result of increased vigilance and patrolling by the littoral states and the continued precautionary measures on board ships.

Bangladesh (Chittagong) and Tanzania (Dar es Salaam) have shown a few similarities in the method of attacks with vessels at anchor and those approaching the anchorage targeted. Robbers in Chittagong mainly steal ship stores while in Dar es Salaam, the cargo is the target. Of the 14 vessels attacked in Dar es Salaam, 12 were container ships. Bangladesh has shown a slight increase in the number of attacks (12) compared to last year (10). It has taken the Bangladeshi authorities considerable effort to bring the number of incidents down and this pressure on the robbers should be sustained. Shipmasters are advised to maintain strict anti-piracy watches especially while approaching these anchorage and while anchored.

The IMB strongly urges all shipmasters and owners to report all incidents of actual and attempted piracy and armed robbery to the IMB PRC This is the first step in the response chain and vital to ensure that adequate resources are allocated by governments to deal with the problem. A set of transparent statistics from an independent, non-political, international organization such as the IMB PRC acts as an effective catalyst to achieve this goal.