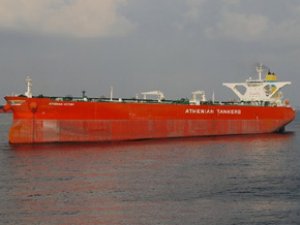 In an unexpected turn of events, the tanker market has emerged as the winner of the 2014 year, exhibiting solid returns and healthy margins for the majority of tanker owners, following several years of weak returns.

In an unexpected turn of events, the tanker market has emerged as the winner of the 2014 year, exhibiting solid returns and healthy margins for the majority of tanker owners, following several years of weak returns. According to the latest report from shipbroker Gibson, VLCC average TCE earnings (AG/Japan) stand at $27,500/day for the year to date, the highest level since 2010. Suezmax returns are the highest since 2008, with the WAF/UKC route earning on average $25,500/day. The picture is the same for Aframaxes trading N.Sea/UKC, with TCEs at $24,000/day so far this year.

Meanwhile, according to the London-based shipbroker, “the product sector had a poor start to 2014, but has still achieved strong annual figures. LR2 and LR1 AG/Japan routes achieved the highest annual average earnings since 2008 with $17,750/day and $15,000/day respectively. MRs are the only exception, averaging slightly more in 2013 than this year to date. Despite this, they have still had a strong performance at the end of 2014. Earnings volatility has also been greater this year. Over the same period, we have seen an increase in asset prices on the back of improving investor appetite for newbuildings and stronger spot revenues. However this is still below the 2008 peak in asset prices. For example a newbuild VLCC cost $160m in January 2008 and $89.5m in June 2013, with the current newbuild VLCC price (Korea) at around $97m”, Gison said.

The shipbroker added that “combining asset prices and revenues, allows for a basic breakeven cost analysis to be performed. Here tankers ordered in 2012, and delivered in 2014 are considered. A 15 year loan at 4% interest is assumed (see table below for details). The result of this analysis is encouraging with all newly delivered tanker types across dirty and clean achieving positive cash flows for the year to date. Aframaxes and Suezmaxes chartered on the spot market make the largest profit overall. LR1s achieved the lowest. This reflects the fact that crude tankers were the overall winner”.

At the same time, “clean tankers received in the region of $2,500/day return on their investment, compared to the lowest crude return of $6,750/day for a VLCC. This may be true for tankers which were ordered over the last few years, but further analysis shows that tankers ordered at the peak of high asset prices in 2007/8 may still be struggling to achieve an overall profit on their investment (taking into account historic, current and forecasted tanker earnings). For example, VLCCs ordered in 2008 at the yearly average of $149m are estimated to require revenue of $32,750/day over 15 years to breakeven on the investment, including loan repayments, interest and operating expenses. Around 18% of the VLCC fleet and 15% of the Suezmax and Aframax fleet respectively were ordered in 2007/8″, Gibson noted.

The shipbroker concluded that “in terms of the clean market the LR2s are worst affected with a total of 27% of tankers ordered at this time. The MRs meanwhile have 19% of the fleet at risk. LR1s seem to be best off in this situation with a meagre, in comparison, 8% of the fleet in danger. This is because only LR1s ordered in 2008, not 2007, are potentially financially unsustainable. Therefore it can be concluded that although vessels ordered in 2007/8 may still be struggling to breakeven, the strength of this year’s freight rate has helped asset liquidity and offset earlier losses. Developments in 2015 will be monitored closely to see how this picture pans out”.

BIMCO’s Chief Shipping Analyst, Peter Sand raised the question of whether the higher freight rates be sustained now that crude oil tanker supply side growth for 2015 is expected to stay as low as that in 2014? According to him, “it depends on all the individual owners and operators’ continued focus on slow steaming, on cutting fuel costs and realising the only thing higher speed may bring about is a transference of profits from the owners and operators to their customers”.

This news is a total 1783 time has been read
Tags: Suezmax, tanker, markets