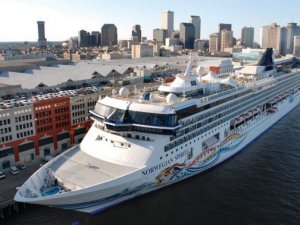 More than one million passengers in 2015 have passed through the Port of New Orleans cruise terminals, up 1 percent compared to 2014, marking the fifth consecutive record year.

The port, which ranks the sixth-largest cruise port in the United States, expects that the 2016 cruise season will bring new and larger ships, as Gary LaGrange, Port President and CEO said: “The fact our cruise partners are investing in new and larger ships here bodes well for the industry for years to come.”

“Our cruise partners, which include Carnival, Norwegian Cruise Line, American Cruise Line and American Queen Steamboat Company, are committed to New Orleans and represent one of the most diversified home ports in the world,” LaGrange said.

This news is a total 7260 time has been read