2020 Compliant Marine Fuels’ Costs a Source of Headache for Shipowners 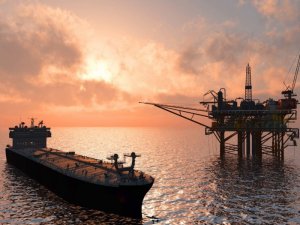 Ship owners are having to deal with some pretty challenging decisions, in terms of planning their future investment strategies and fleet mix, as the decision to implement the use of low sulphur marine fuels on global scale from 2020,

Will probably lead to increased operating expenses for the vast majority of owners. In its latest weekly report, shipbroker Intermodal said that “a year ago the IMO Marine Environment Protection Committee declared their decision towards the implementation date, of the global cap on the Sulphur content of marine fuels, as of January 01st, 2020 and thus eliminated the option to suspend regulation until 2025. The Emission Control Areas (ECAs) will remain at the 2015 standard of 0.1% sulphur content. The definite operational date depended on the results of a study published last August that showed that under all scenarios considered there will most probably be sufficient clean fuel available in 2020.The committee’s decision represents a significant cut from the 3.5% m/m global limit currently in place and proves a clear commitment to ensuring shipping remains the most environmentally friendly mean of transport. Accordingly, such decision will have profound consequences on the economics of shipping and particularly on bunker prices. Ship operators will need to apply effective resolutions and oil refiners need to prepare for implementation and assure that sufficient quantities of compliant fuel will indeed be produced”.

According to the analysis by Intermodal’s Katerina Restis (Tanker Chartering), “due to the massive scale and universal nature of the switch, refineries will face extensive pressure to meet the increased demand in all regions and supply adequate quantities of 0.5% sulphur fuel. The transition will cause more changes to the global marine industry than the shift to the 0.1%S fuel in the ECAs as the bearing of this transition represents almost 75% of global marine fuel demand when compared to the demand of ECAs. Currently, the cost of compliant low sulphur bunker oil is 50% more than the cost of residual fuel as commonly used outside the ECAs and thus the increased demand in 2020 may rationally lead to an increased differential. As reported, in total 3 million barrels per day of High Sulphur Fuel Oil (HSFO) Bunkers will need to switch to 0.5%S fuel through blending with gasoil leading to higher production costs and thus driving up the fuel cost. At the same time, assumed diminished demand for HSFO will drive its price down. The International Energy Agency predicts that crude price in 2020 will be approximately US$80 basis that there is no oil price tremor due to unexpected political and economic events. Therefore, the differential between low Sulphur oil and residual could even spike by as much as US$400/tonne”.

Ms. Restis adds that “in some areas, possibly more expensive fuels, such as 0.1% sulphur distillate, will be available, and it is likely that refiners may emphasize on meeting increased demand for existing low sulphur products in the knowledge that shipping companies will have no choice but to pay for them regardless of the price. Inevitably, this is what vessels will have to use in order to comply. But even if substantial quantities of 0.5% sulphur fuel are broadly available in 2020, it is possible that the price may not be significantly cheaper than 0.1% fuel due to the major investment required to produce it”.
According to Intermodal’s analyst, shipowners would certainly consider following alternative routes and investing in other compliance mechanisms for instance exhaust gas cleaning systems or the use of low sulphur fuels such as LNG. The judgment to implement the 0.5% sulphur cap may also affect decisions on whether or not older and less fuel competent ships will be sent for early scrapping. There will also undoubtedly be a need for a larger variability in fuel quality and available options for Owners and Ship Operators. An efficient and prosperous transition towards cleaner marine transport significantly depends on the successful alliance between many parties and will undoubtedly impact not only the way the world merchant fleet develops but also its average age”, she concluded.

This news is a total 866 time has been read
Tags: 2020 Compliant Marine Fuels’ Costs a Source of Headache for Shipowners