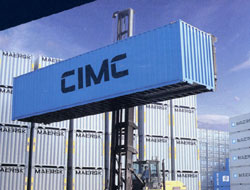 About 22,000 workers employed in the production sector have been given paid leave.

About 22,000 workers employed in the production sector have been given paid to leave.

China International Marine Containers (Group) Co. Ltd. (CIMC) suspended its trading on the Shenzhen Stock Exchange on Friday, admitting it had stopped the production of dry vans, used for shipping general cargo, for two months. "About 22,000 workers employed in the production sector have been given paid leave, and most of them have been receiving training for other posts. The company did not lay off any workers in the period," said a senior executive of CIMC, who declined to be named. He said that the production suspension was part of the company's strategic adjustment.

"CIMC stopped the dry van production, as the global financial turmoil has hit the demand for container purchases. But the company has sufficient capital flow to withstand the turmoil," he said.

He did not rule out the possibility that the company would make an overseas investment through its strategic adjustment.

He said that the company would issue a public bulletin via the bourse once it was ready to resume stock trading.

The company's third quarter revenue fell 2.7 percent year-on-year to 12.9 billion yuan (1.9 billion U.S. dollars), according to the stock analysis report by the Bank of China International.

The report pointed out that the CIMC's container sales dropped by 22.4 percent to 461,800 twenty-foot equivalent unit (TEU) containers in the third quarter, as clients either cut or delayed purchases.

The bank also lowered its forecast on CIMC's production from 2 million TEU containers to 1.9 million this year.

This news is a total 645 time has been read