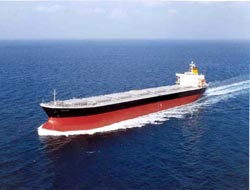 M/V Hellenic Breeze time charter is extended for a minimum period of two years at the gross rate of US$24,000 per day.

M/V Hellenic Breeze time charter is extended for a minimum period of two years at the gross rate of US$24,000 per day.

Hellenic Carriers Limited, an international provider of marine transportation services for dry bulk cargoes, yesterday announced that its wholly-owned subsidiary Nestos Shipping Corporation (?Nestos?) has extended the time charter for the M/V Hellenic Breeze, which would expire at the earliest on 28 April 2009, for a minimum period of two years at the gross rate of US$24,000 per day as of 1 January, 2009. Additionally, Nestos has the option to terminate the charter from 1st June 2010 with prior notice of 50 days to the charterers.The M/V Hellenic Breeze is a 69,601 dwt Panamax built in 1993 at Tsuneishi Shipbuilding Yard in Japan and was time chartered in May 2008 for a period of 11 to 13 months to Rizzo Bottiglirieri De Carlini Spa at a gross rate of US$71,000 per day.

Fotini Karamanlis, Chief Executive Officer, commented: ?The extensio of the Hellenic Breeze time charter, which would otherwise expire by the end of April 2009, for a period of two years at a rate which far exceeds the prevailing spot and period rates, reinforces the cash flow capacity of Nestos and the liquidity of the Company. The reduction in charter income until end April is, we believe, a small price to pay for this future stability. Furthermore, the option for early termination of the contract (as of June 2010) provides flexibility allowing Nestos to benefit from any market upswing at that time.

This news is a total 859 time has been read