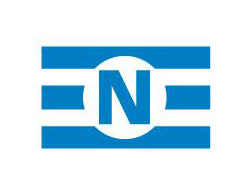 Navios Maritime Holdings Inc. a global, vertically integrated seaborne shipping and logistics company, announced yesterday that it took scheduled delivery in June and July, 2009 of three newbuild Capesize vessels, constructed by South Korean shipyards. Navios Holdings also announced that it issued a $20.0 million unsecured Bond due 2012 having a coupon of 6% to fund a portion of the purchase price due. A more detailed description of the vessels and an overview of certain material terms of the Bond are set forth below. Capesize Vessels' Deliveries The three vessels will be employed under existing long-term charter-out contracts that will generate a total annual EBITDA of approximately $46.6 million*. These contracts have been insured by an AA+ EU governmental agency.

This news is a total 4787 time has been read