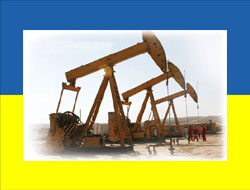 Ukraine will restart Russian gas transit to Europe if Moscow provides 320 million cubic meters of gas a day and the necessary technical gas.

Ukraine will restart Russian gas transit to Europe if Moscow provides 320 million cubic meters of gas a day and the necessary technical gas.

Ukraine will restart Russian gas transit to Europe if Moscow provides 320 million cubic meters of gas a day and the necessary technical gas, President Viktor Yushchenko said on Thursday. Russian energy giant Gazprom complained earlier in the day that it had received a third refusal from its Ukrainian partner Naftogaz to transit Russian gas on to Europe over the lack of a technical gas transfer agreement for 2009. "The government should without delay take all the necessary organizational and technical measures for the transit of Russian gas to European consumers if Russia resumes supplies via Ukraine of some 320 million cubic meters a day, and provides the necessary volumes of technical gas [around 8% of the total]," the presidential press service quoted Yushchenko as saying in a letter to Ukrainian Prime Minister Yulia Tymoshenko.

Yushchenko's press service earlier said that the president had stated that 330 million cubic meters of gas were necessary to resume transit.

Gazprom's official spokesman said on Thursday the Ukrainian energy company Naftogaz was technically able to unblock Russian natural gas transit to Europe but lacked permission from Kiev to do so.

"We received a letter from Naftogaz today, which admits it is technically possible to transit 99.2 million cubic meters [of gas daily]," Sergei Kupriyanov said.

He also said Naftogaz head Oleh Dubyna had told Gazprom CEO Alexei Miller in a phone conversation earlier in the day that they would not resume transit.

Moscow and Kiev failed to reach an agreement on a new gas contract for 2009 on December 31, which led to Russian energy giant Gazprom suspending supplies to Ukraine on January 1.

Following mediation by the EU, the two sides agreed to resume supplies. However a test delivery was unsuccessful on Tuesday and Russian gas via Ukraine has so far failed to reach the EU, leading Moscow to accuse Kiev of blocking the gas deliveries.

This news is a total 881 time has been read