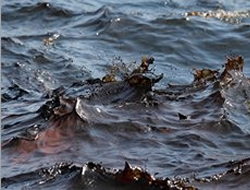 The Philippine Coast Guard (PCG) this week said it contained a bunker spill in waters off Berth 10, Sasa Wharf in Davao City, the Manilla.

The volume of fuel spilled was not specified, about 350 litres of bunker fuel were reported to have been recovered as part of joint oil containment efforts by PCG and Sasa Sub-station.

A Coast Guard investigation was sid to have shown the oil was owned by Wave Industrial Sales Corp. and the spill originated from a flexibag inside a 20-footer container truck, which was being brought on board M/V Ocean Abundance.

A spray dispersant and oil spill boom were used to assist in the clean-up operation.

This news is a total 1181 time has been read