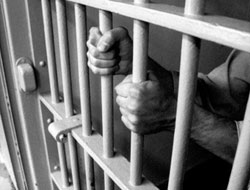 The harsh prison sentences handed down by an appeal court in South Korea to two Indian ship officers.

The harsh prison sentences handed down by an appeal court in South Korea to two Indian ship officers.

The harsh prison sentences handed down by an appeal court in South Korea to two Indian ship officers?who were in no way responsible for the worst-ever oil spill in that country in December last year?is disgraceful. Jasprit Singh Chawla, captain of the Hong Kong-registered oil tanker Hebei Spirit and the ship"s chief officer Syam Chetan were given jail terms of 18 and eight months, respectively, ironically on International Human Rights Day for their alleged role in the incident. They were also fined 20 million won (about Rs7,12,000) and 10 million won, respectively.

A district court in Korea, had in June found the two officers innocent of all charges of negligence and violating the nation"s ocean pollution law after the mishap.

The ship was anchored in a Korean port on 7 December 2007 at a position designated by the port authority when a crane barge owned by Samsung Heavy Industries Co. Ltd, one of Korea"s biggest and powerful business groups, broke its tow from one of the two tugs towing it in stormy weather and smashed into her side, holing three cargo tanks and spilling about 10,500 tonnes of crude oil into the sea.

Besides Chawla and Chetan, two South Korean tug masters were also jailed for their part in the incident.

After the verdict, the two Indian officers were paraded outside the court in handcuffs in an act clearly intended to assuage Korean public opinion on the incident that caused huge environmental damage to the South Korean coastline and affected many people"s lives.

Adding further insult, the appeal court reduced prison terms for two of the tug captains directly involved in the incident. One captain had his jail term cut from 36 to 30 months, while the other had his sentence slashed from one year to eight months.

The international shipping community has slammed the re-trial and the subsequent jail sentence for the two officers, calling it a ?parody of justice?. They say the judgment was based on a report prepared exclusively within Korea, which was never presented to the other party in breach of international rules.

Experts who have since seen the report say that it is inaccurate.

The Korean Maritime Safety Tribunal did not prepare the report?heavily relied upon by the appeal court judges to pronounce the two men guilty?in accordance with International Maritime Organization (IMO) guidelines on the fair treatment of seafarers in the event of a maritime accident.

IMO is the specialized agency of the United Nations responsible for the safety of shipping and prevention of marine pollution by ships. Its rules clearly require an agency conducting an enquiry to consult with all interested parties before making a final report.

In this case, this was not done, possibly indicating that there was a pre-concluded intention to attach the blame for the unfortunate incident to the officers of the ship.

The plight of the Hebei Spirit pair is the worst thing that could happen to an industry that is already having so much difficulty in attracting young people in the face of an acute shortage of qualified and well-trained officers to run ships globally.

Local manning and recruitment agencies admit it will be difficult to encourage young people to take up a career in shipping?which has already started to lose its charm among job seekers?because of this episode.

India is a key supplier of quality manpower to the global shipping industry, much to the envy of many other maritime nations. The Korean oil-spill incident is one more testimony to the way in which authorities in many countries try to cripple the morale of Indian seafarers.

Chawla has already alluded to the emotional damage when he said that the trial has dealt a big blow to his confidence and left him unsure of his command.

Decision-making in future, he said, would be influenced by the court experience, on how he thought they would be interpreted rather than just doing what he thought was right.

India has mounted diplomatic pressure on South Korea hoping for a ?fair hearing? on the appeal filed by the ship owner in that country"s supreme court against the sentence.

The shipping industry all over the globe is also vigorously campaigning by holding protest rallies and demonstrations to free the two Indian officers jailed unfairly and unjustly. Even IMO, the guardian of safe shipping, is lending support to these efforts.

There should be no compromise on environmental issues. But at the same time, there is no justification for finding scapegoats that often puts seafarers in the firing line, making criminals out of innocents.

The officers" acquittal would send a positive message to the world"s seafarers that the system of justice in South Korea is fair and independent.