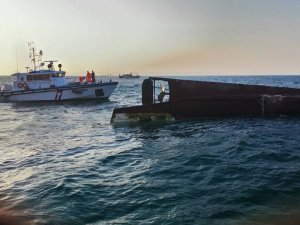 Five fishermen died and four have been missing since last Friday morning when their fishing boat collided with a cement carrier off the coast of Taoyuan City, Taiwan’s Maritime and Port Bureau reports.

The Asia Cement No 2 was on a routine voyage from Hualian to Taichung when it collided with Shih Hui 31 in north Taiwan strait at 01:48 am local time, September 18, according to U-Ming Marine – the carrier’s operator.

Nine crewmen on board the fishing vessel went overboard after the collision, U-Ming says.

There are no damages to Asia Cement No.2 and its crew was unharmed.

U-Ming has reportedly sent out a diver team with a tug boat to join Taipei coastguard and port authority in the ongoing search and rescue operation.

Investigations into the incident are ongoing.