60. years in the service of shipping 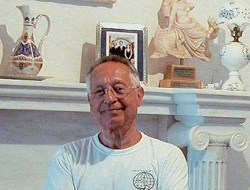 World Maritime Day 2008 A message from the secretary-general of the International Maritime Organization, Efthimios Mitropoulos.

Sixty years in the service of shipping

World Maritime Day 2008 A message from the secretary-general of the International Maritime Organization, Efthimios Mitropoulos.

THE year 2008 contains a number of key milestones and anniversaries for the IMO. March 6 was the 60th anniversary of the adoption of the IMO Convention by a conference held in Geneva in 1948 under the auspices of the United Nations; March 17 was the 50th anniversary of that convention entering into force in 1958; and June saw the convening of the 100th session of the IMO Council, the executive organ of the IMO responsible for supervising the work of the organisation in between sessions of the Assembly.

The inaugural meeting of the IMO ? originally known as the Intergovernmental Maritime Consultative Organization, or IMCO ? was held in London in 1959. The purposes of the organisation, as a specialised agency of the United Nations, are mainly ?to provide machinery for co-operation among Governments in the field of governmental regulation and practices relating to technical matters of all kinds affecting shipping engaged in international trade; and to encourage and facilitate the general adoption of the highest practicable standards in matters concerning maritime safety, efficiency of navigation and prevention and control of marine pollution from ships?. The organisation is also empowered to deal with administrative and legal matters related to its purposes.

The need for an international agency regulating maritime transport stems from the fact that shipping is perhaps the most international of all the world"s global industries. The ownership and management chain surrounding any particular vessel can embrace many different countries; it is not unusual to find that its owners, operators, shippers, charterers, insurers and the classification society, not to mention the officers and crew, are all of different nationalities and that none of these is from the country whose flag the ship flies. And shipping"s prime physical assets ? the ships themselves ? move continually between countries and between different jurisdictions.

Shipping is also an inherently dangerous occupation, with ships having to confront the worst that the elements can throw at them. Sometimes, disaster strikes ? as witnessed by high-profile incidents of the type involving ships such as the Titanic, Torrey Canyon, Exxon Valdez, Estonia, Erika, Prestige and, most recently, the Princess of the Stars.

There is, therefore, an over-arching logic in favour of a framework of international standards to regulate shipping ? standards which are adopted, recognised and accepted by all.

The IMO has come a very long way since its inception all those years ago. The organisation was born into a world weary from war and in which the old colonial powers still held sway in terms of global prosperity and trade. As a consequence, these were also major powers in shipping and, as the leading maritime nations, they tended to create their own standards with regard to vessel construction, safety, manning and so on. But, in 1948, only three years after the creation of the United Nations, a new spirit of global unity was in the air and the first glimpses of a new world order were on the horizon.

Moreover, it was at the time gradually becoming generally accepted that a situation in which each shipping nation had its own maritime laws was counter-productive to ensuring the seamless flow of traffic and promoting safety in shipping operations worldwide. Not only were standards different, but also some were far higher than others. Conscientious safety-minded shipowners were at an economic disadvantage vis-à-vis their competitors who were spending relatively little money on safety, and this was a threat to any serious attempt to improve safety at sea and to international seaborne trade as a whole.

Now, of course, all this has changed. Globalisation has transformed international commerce, new powers have emerged in shipping and the plethora and thoroughness of measures established by the IMO during its 60 years in the service of shipping have provided the bedrock from which a safer and cleaner industry has emerged, one that can continue to develop and flourish. Furthermore, the IMO"s work has demonstrated, beyond doubt, that international standards ? developed, agreed, implemented and enforced universally ? are the only effective way to regulate such a diverse and truly international industry as shipping.

The organisation"s standards are now firmly embedded in shipping"s consciousness and practice worldwide and they shape the industry of today. Indeed, the comprehensive body of IMO conventions (50 in total), supported by literally hundreds of codes, guidelines and recommendations, govern just about every facet of the industry ? from the design, construction, equipment and operation of ships to the training of seafarers, or from the drawing board to the scrapyard.

Many of the main IMO treaties (including, for example, SOLAS, the Tonnage and Load Lines Conventions, the Collision Regulations, the STCW Convention and Annexes I and II of MARPOL) have been ratified by states that are, collectively, responsible for more than 98% of the world"s fleet.

It is because of the extensive network of global regulations that IMO has developed and adopted over the years that we can say with confidence that, today, shipping is a safe and secure mode of transport; clean; environmentally-friendly; and very energy-efficient.

A most encouraging development of recent years is that shipping"s environmental consciousness continues to grow. This is illustrated not only by its wide acceptance of the IMO"s environmental standards and the initiatives that the industry itself has put in place to prevent its operations having a negative impact on the environment, but also by its eagerness to challenge and reverse shipping"s unwarranted negative image and, through a variety of media, enhance its environmental credentials, highlighting its ever-improving record and contribution to sustainable development.

Shipping"s care for the environment in which it operates is also demonstrated by its determination to limit and control ships" exhaust gas emissions and reduce greenhouse gas emissions, thereby lowering their impact on the atmosphere and contributing to worldwide efforts to address the phenomena of climate change and global warming.

The strength of the IMO"s measures is derived from a number of factors. First of all, none of them has been developed overnight, on the spur of the moment or as a knee-jerk reaction to an accident or incident. Even though some have been prompted by particular events ? and the IMO has a very good record of timely and appropriate response ? nevertheless, all IMO instruments are the result of measured and considered technical work by the world"s finest maritime experts.

Another reason why the IMO"s measures have such widespread acceptance is that decisions within the organisation are generally taken by consensus. There is, of course, a voting procedure, but it is very rarely called upon in the normal course of IMO business. In this way, the natural reluctance one might feel at being asked to implement measures that one may not have espoused fully in the first place, is circumvented. Agreement by consensus means that all countries have a stake in those measures and a genuine desire to exercise the responsibility that comes with a sense of ownership.

And so, IMO stands united, focused on the challenges ahead and continuously relevant to the industry it has been serving for so long.

Shipping is, par excellence, a significant contributor to, and facilitator of, economic growth on a worldwide basis. As such, the mission of the IMO (that of promoting its safety and security, its efficiency and its environmental credentials) is one that reaches out far beyond the organisation"s immediate constituency and touches the life of nearly everyone on the planet.

Today, on World Maritime Day, we can say, with confidence and pride, that the IMO has served the shipping industry well since its inception 60 years ago. As we look back over what we have achieved and, more importantly, forward to the challenges that lie ahead, we know that the edifice from which we operate is strong and well-structured.

Our course for the future is set, and we will make our passage with optimism and a clear vision about the objectives we want to achieve.

This news is a total 1080 time has been read