7.500km coastline will be tracked 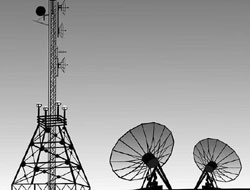 The Union Ministry of Shipping is planning to develop a low cost satellite which would monitor ships and vessels operating at the Indian waters.

The Union Ministry of Shipping is planning to develop a low cost satellite which would monitor ships and vessels operating at the Indian waters.

In a response to recent maritime threats in the country, government of India is planning to strengthen its security at the vast coastline of over 7,500 kms. The Union Ministry of Shipping is planning to develop a low cost satellite which would monitor ships and vessels operating at the Indian waters. The ministry's department is in talks with Indian Space Research Organisation (ISRO) to develop the satellite.

In his presidential speech at the one day workshop on Maritime Security ? Issues and Challenges organised by Director General of Shipping and Indian Port Associations at Chennai on Tuesday, A P V N Sarma, secretary ? shipping, said that Director General of Shipping, under the Ministry of Shipping, is in talks with ISRO to create the satellite which would watch vessel movements, especially small and fishing vessels, which are operating in the Indian waters.

The ministry is also planning to create a new commando force exclusively for ports which would respond to any maritime threats, said Sarma.

He added, major concern at this gesture is fishing harbours, located near to the ports which often poise threat to vessels entering into the ports. It is essential to separate them and he called for the state governments participation for shifting fishing activities beyond the port limit. He noted, the ministry had formed a new group which is studying on the issue.

In his inaugural address, Shekar Dutt, deputy national security advisor said the government is looking at a new plan will coordinate with international and regional maritime initiatives and a plan for infrastructure development which would support a commercial security plan and link land ? maritime concerns. This would encompass detection, detention, investigation and prosecution. There is a need to make a distinction between a legitimate and illegitimate presence at sea.

He added, we have to link inputs of Long Range Identification and Tracking (LRIT) System through satellite based identification with information that is closer to the coast. An Automatic Identification System (AIS) is essential.

Dutt noted that the problem is posed by smaller vessels. An estimate is that in the country over 1.5 lakh mechainised fishing vessels and motorised vessels. The number of non-motorised vessels will double this year.

He added, maritime registration should be made as mandate requirement like motor vehicles on land. The registration can be based on Coastal District Level but the data base should be linked nationally and has to be a part of the feed in the domain awareness plan. This is not all, the cost issues and affordability of the AIS is a connected factor, said Dutt.

This news is a total 602 time has been read