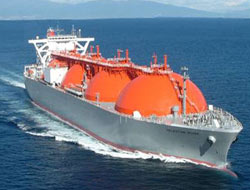 CELESTINE RIVER will be owned and managed by London subsidiary.

CELESTINE RIVER will be owned and managed by London subsidiary.

Responding to the existing business in the Japanese market and a growing interest in the Atlantic basin, "K" Line Group completed its formulation of a trilateral framework among the "K" Line global bases in the UK, the US and Japan. "K" Line Group is ready to respond to increasing and diversified LNG shipping needs, such as short-mid term and spot charters. For these reasons, KLNG will be owning and managing this vessel.

This vessel will be chartered for a period of a maximum of ten years to a subsidiary of Cheniere Energy, Inc., an American energy company, soon after the delivery. KLNG will step up its endeavors to further strengthen its transport capabilities and will flexibly and positively respond to the increasing and diversified global LNG shipping demands.

While this 145,000m3 Moss type LNG Carrier, "CELESTINE RIVER", was constructed as a multi-functional versatile vessel, it is compatible with many major existing LNG terminals around the world. This vessel will be utilized for transporting LNG primarily to LNG receiving terminals being developed by Cheniere Energy in the US. Responding to the growing demands of global LNG trading, this brand new vessel promises efficient, reliable and customer-friendly LNG transportation. 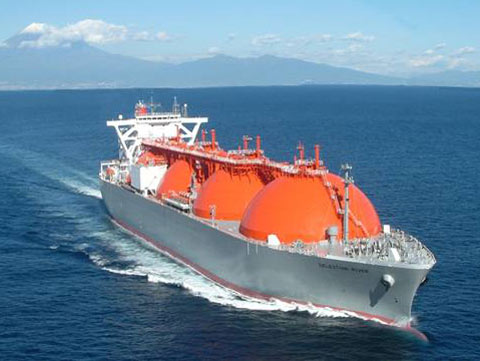 This news is a total 2240 time has been read