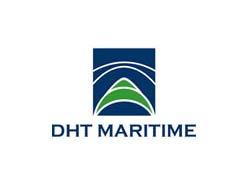 DHT Maritime (DHT) owns nine double-hull tankers consisting of 3 very large crude carriers (VLCCs), 2 Suezmax, and 4 Aframax tankers. All nine tankers are chartered out under long-term contracts to Overseas Shipholding group (OSG). These two companies have a solid history together as DHT was spun out from OSG in October 2005. Of the nine vessels, seven are chartered until the end of 2010 to early 2012 while the remaining two are chartered until 2014 to 2018. These long term charters allow DHT to completely avoid the sometimes volatile spot market but also include profit sharing agreements with OSG that allow DHT to participate in the upside should spot rates be higher than the chartered base rate.

DHT has been crushed with the rest of the shipping group and now trades at a compelling valuation and offers a total return opportunity as the dividend is yielding roughly 20%. DHT has long term charters and is completely contracted out through the end of 2010 so they are entirely insulated from any downward swing in spot rates. Furthermore DHT has profit sharing agreements that allow them to capture 33-40% of the upside from higher spot prices. DHT looks attractive even under my worst case analysis which assumes that DHT earns only their already contracted baseline rate. DHT has no pending purchases, options, or funding requirements. Longer term rates for double hull tankers should hold up as the industry phases out single hull tankers by 2010. In addition, tanker rates should also benefit from investors using tankers as storage as to arbitrage the extreme contango present in the oil futures curve.