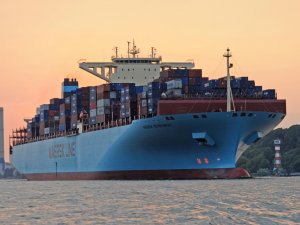 During the said period the shipping company acquired a total of 3,099 A shares and 12,179 of B shares.

This is the second batch of the buy-back scheme running from November 2014 till February 2015.

Transactions in relation to the buy-back program are being managed by Danske Bank.

This news is a total 3006 time has been read
Tags: A.P. Moller, back, buying, Denmark, europe, Liner, Maersk, News by topic, shares, SHIPPING