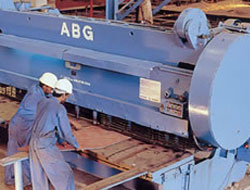 The Norway-based seismic data acquisition company, Scan Geophysical, on Monday said it failed to sign a sale and leaseback deal for the three vessels. Under a sale and leaseback agreement, a company sells the asset it owns, and leases it back from the buyer, typically on a long lease. The advantage is that the sale frees up capital to reduce debt while allowing it to use the same property.

About a month ago, ABG Shipyard"s Singapore-based group company Pacific First Shipping (PFS) signed a letter of intent with Scan Geophysical for a sale and leaseback agreement.

The agreement implied that Scan will sell its three new high-capacity 3D vessels, including complete seismic equipment, to PFS assuming responsibility for the majority of the remaining commitments related to the vessels and seismic equipment during the construction period.

?Pacific First basically got into the agreement to save ABG Shipyard"s ship-building contract,? said an analyst tracking the company and familiar with the development. The stock of Scan Geophysical is down by over 98 per cent this year and about 99 per cent since its IPO at 27 crowns in May last year.

?The Norwegian company has failed to get into the sale and leaseback deal but it may get into such a deal with Pacific First Shipping in coming times,? said Dhananjay Datar, chief financial officer, ABG Shipyard.

?Our shipping contract is intact and it has not got any impact of it,? he insisted. Now, the Norwegian company is trying to raise debt to help the company sail through the trouble.

?SCAN has already invested substantial amounts in seismic equipment for the new builds and will seek to raise debt financing secured by this equipment,? said the company to the local stock exchange in a statement.

This news is a total 667 time has been read