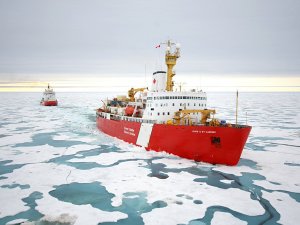 International classification society ABS has been awarded the contract to provide classification and certification services for the Canadian Coast Guard’s entire existing fleet of 114 vessels as well as future vessel acquisitions.

Coupled with a similar contract awarded in 2017 covering the Royal Canadian Navy’s non-combatant vessels, Houston-based ABS says the Coast Guard contract further solidifies its leading role in Canada and serves as a testament to the organization’s expanding footprint in the region.

“Last year, ABS was selected as the exclusive classification organization for all non-combatant vessels in service with the Royal Canadian Navy and now, we are expanding our class and certification services to the entire Canadian Coast Guard fleet,” said ABS Chairman, President and CEO Christopher J. Wiernicki. “We are excited to be awarded this contract and look forward to working with the Canadian Coast Guard to support fleet safety and reliability.”

Under the CCG contract, ABS will assist the Coast Guard in transitioning its currently classed vessels to ABS class and will begin implementing certification and verification services on the remaining fleet. It will also survey the Canadian Coast Guard vessels under the Delegation of Statutory Inspection Program (DSIP) to verify compliance with the Canada Shipping Act and its regulations, and issue all vessels the required Canadian Maritime documents under the authority of the Minister of Transport.

“The Canadian Coast Guard is a world-class leader in environmental stewardship and marine safety,” said The Honourable Dominic LeBlanc, Minister of Fisheries, Oceans and the Canadian Coast Guard. “This contract helps streamline our vessel inspection and certification, supporting the Government of Canada’s commitment to preserving the high level of service Canadians have come to expect from our Coast Guard.”