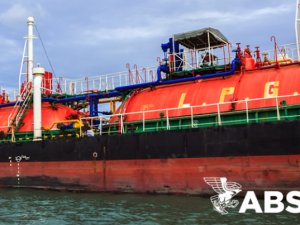 “Using LPG as a fuel can lower emissions to air compared to conventional fuels, both in terms of greenhouse gas emissions and other pollutants. We are proud to work with … KHI, supporting the delivery of the next generation of cleaner vessels,” Patrick Ryan, ABS Senior Vice President, Global Engineering and Technology, commented.

KHI’s design is for an electronically controlled LPG injection marine diesel engine (ME-LGIP), the first order placed for an engine of this type in Japan.

“LNG as fuel is attracting widespread attention as an environmentally friendly option, but LPG as fuel has advantages over LNG, including potentially reduced initial investment and simpler handling onboard,” Hideaki Naoi, General Manager at KHI, said.

“As a result, we believe LPG as fuel will prove increasingly attractive to the market in the future,” he concluded.

This news is a total 1094 time has been read
Tags: ABS, Kawasaki Heavy Industries, LPG.