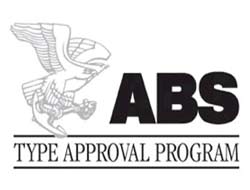 ABS says that a very active newbuilding market, an expanding fleet and a significant number of older vessels undergoing survey to extend their service life, led to 2006 being "the most active year ever" in the history of the 145 year old society.

ABS says that a very active newbuilding market, an expanding fleet and a significant number of older vessels undergoing survey to extend their service life, led to 2006 being "the most active year ever" in the history of the 145 year old society.

Reporting on ABS's performance in 2006, ABS President and COO Christopher J. Wiernicki told the annual meeting in New York meeting that, by year's end, the classed fleet had reached 126.5 million gt, the third consecutive record year. Preliminary figures indicate that a strong first quarter has subsequently pushed the fleet over 130 million gt. The fleet size of almost 10,000 vessels is thought to be the largest classed fleet in numerical terms.

The ABS year-end order book set another record level of 1,746 vessels aggregating 28.1 million gross tons with tankers the mainstay of new contract activity. Preliminary figures show that an additional 12 million gt of newly contracted tonnage has been added in the first quarter of 2007.

At end 2006, the society held class contracts for 222 new tankers aggregating slightly more than 11 million gt, a 24 percent increase over the previous year in numbers and 17 percent in tonnage. In addition to the high level of interest in crude and product tankers, pending implementation of the new Marpol Annex II/IBC Code requirements for a reclassified list of vegetable oils and chemicals saw marked interest in these vessels, with the ABS orderbook for chemical carriers growing 40 percent in numbers to 138 tankers aggregating 1.57 million gt.

The bulk carrier sector showed an encouraging degree of strength, particularly in the latter part of the year. In each of three of the principal ship size ranges--capesize, panamax and handysize--ABS held the second largest share of new tonnage on order.

ABS reported that the containership sector fluctuated somewhat in response to concerns that the market may be headed for overcapacity following two years of vigorous ordering. Despite the continuing market distortions of some national fiscal policies, ABS reported it maintained a stable share of this sector in 2006. The period was marked by the largest containership ever built, the Emma Maersk with a nominal capacity of more than 11,000 teu, being delivered into service under ABS class.

With oil and gas exploration at a remarkably high level throughout the year, 2006 saw a very active market for mobile offshore drilling units --principally jackups but also several semisubmersibles. The overwhelming majority--84 percent-- of all these contracts worldwide specified ABS class.

Newbuilding jackup orders included six units on order at Dalian shipyard in China to ABS specifications, heralding the entry of the Chinese into this new area of construction. Additionally, the first jackups ever ordered from builders in the United Arab Emirates (UAE) were specified to ABS class, with a total of four units on order at two yards that have now entered this market.

Orders for production units --FPSOs, semisubmersibles, TLPs and Spars--also remained at an elevated level , with ABS capturing 56 percent of the newbuilding market.

"This extraordinary level of activity did challenge our staff to meet client service expectations without in any way compromising our integrity," Wiernicki told the meeting. "Additional engineering and survey staff were hired across the globe to help meet the increased demand for services with the total ABS workforce growing by almost 250 people or over 14 percent compared to the prior year," he said.

A significant proportion of that increase was in China, where, by the end of 2006, over 500 vessels were on order to ABS class from Chinese shipbuilders, more than on order to any other class society in China. Although many of these were small, the orderbook included a series of sophisticated large LNG carriers, VLCC and capesize bulk carrier tonnage, a series of 10,000 TEU containerships, and offshore units ranging from OSVs to semisubmersible drilling units.

Wiernicki noted that, during 2006, ABS added more than 50 surveyors at Chinese ports and an additional 10 engineers were brought into its busy Shanghai engineering office. Administrative and support personnel were also added as needed. And he added that "There has been no slackening in the pace of activity we are experiencing in China and we are projecting that we will have more than 200 surveyors and a 300 strong total ABS workforce in China by the end of 2007."

In addition to an aggressive training program for the many new staff members, Wiernicki outlined the enhancements that have been made in the society's administrative and informational systems aimed at improving productivity and client response times.

These included the introduction of dynamic checklists for all surveys of ABS-classed vessels. The checklists are now automatically prepared at the time the survey is ordered, from more than 600,000 possible permutations. They specifically relate to the type of vessel and the specific survey, statutory inspection or audit that is to be carried out.

Improvements have also been made in the plan review process for approving drawings of new designs. An electronic system introduced in 2006 governs the entire plan review process . A real-time link between the reviewing engineer and the designer or client permits transparent tracking of the project's progress. Designers and shipyards submit their drawings to the ABS engineering office over a web interface. The review can then be undertaken simultaneously by several engineers in one or more offices. As the approvals are completed, the client is able to download the approved files as well as view and respond to comments raised by the engineers.

Other issues subject to specific attention by the society in 2006 included the implementation of the new Rules for Building and Classing Naval Vessels with the first U.S. Navy combatant designed and built to the new Rules, being launched late in the year.

"Other nations are also looking to the U.S. for appropriate standards for their future combatant vessels and so we believe the new Rules open the way to a significant expansion of ABS activities," Wiernicki said.

"All the many initiatives and successes of the past year were reflected in the society's financial performance," Wiernicki noted. "ABS is well positioned to continue to fund the extensive technical research and development work that contributes to the refinement and expansion of the ABS Rules and to undertake the training and service delivery improvements that will be needed for us to remain in the forefront of classification societies."

As a private, not-for-profit entity, ABS is not required to, and does not, release detailed financial information.

This news is a total 697 time has been read