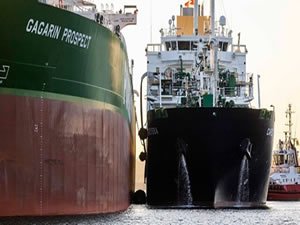 In a keynote address at the Shipping Insight 2020 conference Tuesday, the head of the American Bureau of Shipping called for universal crew training standards for LNG-fueled vessels.

"In all likelihood, the fleet of the future will be fueled by a variety of choices," said ABS chairman, president and CEO Christopher J. Wiernicki.

"The next-generation fuels making up that variety of choices are primarily dynamic in nature, meaning they tend to change state over the course of a voyage or during storage. LNG, which boils off underway, is an example.

That means a very significant change is coming in terms of crew training."

According to Wiernicki, these fuels have historically been handled only by crewmembers on specialized vessels - for example, LNG carriers or propane carriers.

But as dynamic fuels become more common in the merchant fleet, all seafarers will likely need to be trained to handle them, he said.

"Remember that whatever we build, whatever we invent, whatever we put in place, none of it will work without properly trained and educated crew, operating in a safety-first atmosphere," said Wiernicki.

“As a result, I expect the IMO will need to update SOLAS to account for the many challenges presented by alternate fuels and other new technologies.

Think about it, the SOLAS framework in place today was written before cell phones or internet." Wiernicki predicted that the pathway to the IMO 2050 decarbonization goal will require action along multiple fronts, including the development of alternate fuels, technological improvements, operational efficiencies and policy changes.

“Building the future is clearly a team sport – even if not all players see it that way all the time,” he said. “In our industry, the more all stakeholders in the supply chain cooperate on meeting the challenges of getting to 2030 and 2050, the sooner we will reach those goals, and the better we all will be.”