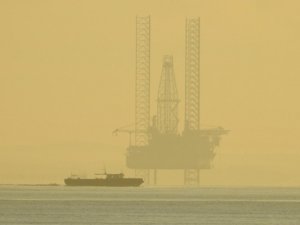 As the oil price and lower energy demand paint a bleak picture for offshore operators and rig owners, cost control will be a top priority.

Class society ABS has set out some of the requirements for surveys to be carried out remotely, yielding large time and cost savings and avoiding the traditional requirement for a wide range of stakeholders to attend on site.

The society’s ‘underwater in lieu of docking’ (UWILD) surveys will enable some periodic inspections to be carried out remotely, with parties involved and observing in other locations. In a webinar yesterday, the classification society’s Joseph Rousseau, global offshore exploration director, and Smarty Mathew John, digital transformation program manager, indicated that this approach is likely to become the norm in future.

However, ABS has laid down strict guidelines for these remote surveys to be approved by the society so that they comply with all requirements set out for traditional physical inspections. A survey project will initially be closely reviewed in a kick-off meeting, the outcome of which will determine whether an offshore operator gets the go-ahead for a UWILD survey or not.

There are a number of requirements but initially a client will have to present a well-defined survey plan, revealing the extent of the underwater inspection and requiring the approval of both ABS and flag state. A second key condition is that the offshore asset’s communication systems must be capable of handling large volumes of streamed data, including video and other high-resolution images in close to real time.

However, Rousseau pointed out that even if a communications upgrade were required for a UWILD survey to be approved, improved connectivity would benefit many other aspects of offshore asset operation.

In practice, an application is made by the client and a response provided by ABS within 24 hours. Assuming that the requirements are subsequently agreed at the kick-off meeting, the remote attendance of the ABS surveyor and other interested parties is then scheduled, ultimately leading to the survey credit being accepted or declined.

Key benefits of the remote system include no interruption to business continuity, reduced time and costs for logistics, optimised scheduling efficiency and the development of new efficient class-approved remote attendance. The system also facilitates the remote involvement of specialists to review certain survey aspects if necessary.