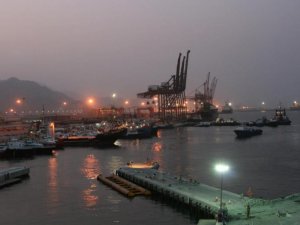 Under the agreement, the parties said they would also establish a new operational arm, the Fujairah Terminals, which would be owned by Abu Dhabi Ports.

Furthermore, the deal covers deepening of berths to -16.5 metres as the port prepares to welcome larger vessels, building a 300,000 sqm yard of storage space, as well as an additional 1 kilometre quay to accommodate the expected growth in the number of ships arriving to the port.

The port operator is set to launch the development of berths and yards in Fujairah in 2018, during which the port is expected to remain operational. Additional capacity and new quay cranes are reportedly scheduled to begin operations in 2021.

The deal comes two months after the Dubai-based port operator DP World reached an agreement with the port of Fujairah to terminate the concession deal the parties entered into in 2005.

The previous concession contract was on a build, operate and transfer basis (BOT) to expand and develop the Fujairah Container Terminal at the port for container handling and transshipment.

Following the termination deal both parties have completed the transfer of operations from DP World to the Port of Fujairah authorities.

This news is a total 923 time has been read
Tags: Abu Dhabi Ports Inks Concession Deal for Fujairah Port