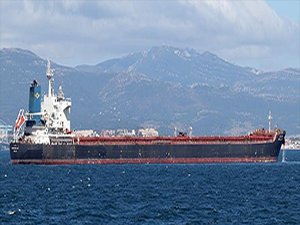 The UKMTO warning notice, based on a third party source, advised vessels to exercise extreme caution in the area, around 61 nautical miles east of Fujairah.

A vessel has reported a non-piracy incident is under way off the coast of Fujairah, United Arab Emirates, the United Kingdom Maritime Trade Operations (UKMTO) reported on Tuesday.

The UKMTO warning notice, based on a third party source, advised vessels to exercise extreme caution in the area, around 61 nautical miles east of Fujairah.

It provided no details regarding the vessel or vessels involved. Last week an attack on an Israeli-managed tanker off the coast of Oman killed two crew members and was blamed on Iran by the United States, Israel and Britain.

The United States and Britain said on Sunday they would work with their allies to respond to last week's attack on Mercer Street, a Liberian-flagged, Japanese-owned petroleum product tanker managed by Israeli-owned Zodiac Maritime.

Iran and Israel have exchanged accusations of carrying out attacks on each other's vessels in recent months. Tensions have increased in Gulf waters and between Iran and Israel since 2018, when then U.S. President Donald Trump ditched Tehran's 2015 nuclear deal with six world powers and reimposed sanctions that have crippled Iran economy.

The reports are coming in that say a new vessel experienced an incident off the coasts of UAE in the Persian Gulf near Fujairah port on Tuesday.

The incident comes after the last Friday's attack on an oil tanker owned by the Israeli regime. British Maritime Trade Operations has confirmed “an incident is currently underway…east of Fujairah,” adding that investigations are ongoing.

British sources say the ship had hit a mine. British naval sources have also asked other ships not to approach the area. Other reports also say that the ship is owned by Singapore. Oman Air Force reportedly is scanning the area.

Meanwhile, the Associated Press has reported that two ships off the coast of the United Arab Emirates broadcast warnings Tuesday that they had lost control of their steering under unclear circumstances as authorities reported “an incident” was underway in the area.

It wasn't immediately clear what was happening off the coast of Fujairah in the Gulf of Oman.

The two vessels — an oil tanker called the Golden Brilliant and an asphalt carrier called the Kamdhenu — reported via their Automatic Identification System trackers that they were “not under command,” according to MarineTraffic.com That typically means a vessel has lost power and can no longer steer. The British military’s United Kingdom Maritime Trade Operations only warned ships that “an incident is currently underway.”

An Oman Royal Air Force Airbus C-295MPA, a maritime patrol aircraft, was flying over the area where the ships were, according to data from FlightRadar24.com.

This news is a total 2214 time has been read
Tags: Accident , report for another ship , near the port of Fujairah , UAE , Golden Brilliant