Accidents on the Rise in E.U. Waters 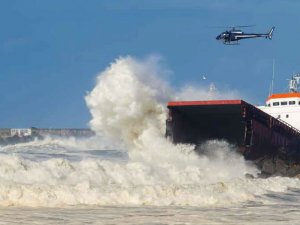 The European Maritime Safety Authority has released its latest review of marine casualties demonstrating that the number of incidents is on the rise.

The Annual Overview of Marine Casualties and Incidents consists in a high-level analysis of accidents reported by the E.U. Member States in European Marine Casualty Information Platform (EMCIP).

The report covers the years 2011 to 2014 and includes 9,180 occurrences. Over that time, over 390 people lost their lives and 3,250 were injured. Around two thirds of the total occurrences directly involved damage to a ship while one third was about accidents to people on board.

While the majority of ships that sank were fishing vessels, cargo ships represented
44 percent of all ships involved. Over 60 percent accidents were attributed to human error.