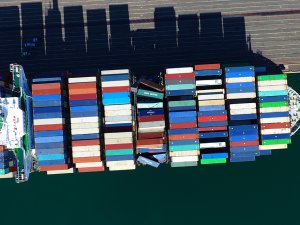 The global container shipping industry continues to see a declining trend in the number of containers lost at sea each year.

The World Shipping Council (WSC) on Wednesday released an update to its survey that provides the industry with its best estimate on the number of actual containers lost at sea.

For the 3-year period ending in 2019, the average number of containers lost annually fell to 779, mainly due to fewer major incidents.

According to the WSC, the number of containers lost overboard represent less than one-thousandth of 1 percent of the roughly 226 million containers carrying $4 trillion worth of cargo transported by ships in 2019,

However, the industry still recognizes that all containers lost at sea represent safety and environmental hazards regardless of how and when those containers were lost.

In each of the surveys conducted in 2011, 2014, 2017, and 2020 the WSC member companies were asked to report the number of containers lost overboard for the preceding three years. For the 2020 report, all WSC member companies responded and together, they represent 80% of the total global vessel container capacity deployed at the time of the survey.

This news is a total 2243 time has been read
Tags: Actual Number of Containers Lost at Sea Falling, Study Shows