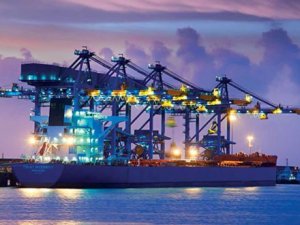 Trade members worried Adani Group moving towards dominant positionThe ports of Dhamra, Vizag, Krishnapatnam, Kattupalli and Kamarajar on the East Coast may be located in different states but have something in common ― the Adani Group.

The latest acquisition of the privately-run Krishnapatnam Port Company Ltd (KPCL) in Andhra Pradesh for ₹13,500 crore, announced on January 4, by Adani Ports and Special Economic Zone Ltd (APSEZ), is a perfect strategic fit for the Gujarat-based conglomerate. However, trade members (port users) are worried that the Adani group will have a dominant position on the East Coast, and this could possibly create a monopoly type of a situation in the long run.

Their worry is understandable considering that APSEZ, India’s largest private port operator, had increased its market share considerably in the last two decades. Today, it has nearly 27 per cent market share of the country’s total port traffic of over 1,200 million tonnes, up from 22 per cent before the KPCL acquisition.

This news is a total 907 time has been read
Tags: ADANI GROUP