Aegean not looking at Russian market 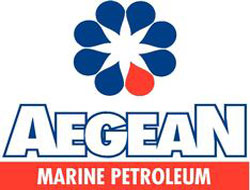 The owner of a substantial fleet of double-hulled bunkering vessels has not considered expansion into Russia's bunker market, a country which is wholly unprepared for a ban on single-hull tankers.

Aegean 'not looking' at Russian market

The owner of a substantial fleet of double-hulled bunkering vessels has not considered expansion into Russia's bunker market, a country which is wholly unprepared for a ban on single-hull tankers.

Aegean Marine Petroleum Network Inc. expects to be the world's largest owner of double hull bunker tankers by 2010, but "we have not looked at Russia", company president E. Nikolas Tavlarios told Bunkerworld Friday. Tavlarios said he expected the decision by the Russian government to ban the use of single hull tankers below 5,000 deadweight tonne (dwt) by the end of 2008 to tighten the tanker market significantly.

The Russian decision has come as a shock for Russia's bunker industry, with many still doubtful that it will be enforced. In St. Petersburg, for example, enforcement would lead to a complete breakdown in bunker deliveries as all of the 40 or so bunker barges operating in the port are single-hulled tankers.

The Russian Transportation Ministry and the Federal Transportation Supervision Service (Rostransnadzor) announced in mid-May that the country's tanker fleet would be brought into conformity with the international MARPOL convention.

"All market participants were informed that the requirements of the international convention would come into force. We are aware of the consequences of the ban, but the task of our service is to guarantee the safety of transport," Rostransnadzor chief Gennady Kurzenkov was quoted saying at the time.

Bunker suppliers in the country told Bunkerworld that enforcing the single-hull ban would put them in an "impossible situation" and said some kind of compromise must be found.

But Tavlarios said he thought it would be difficult for Russian authorities to go back on its decision, and that it would enforce the single-hull ban to some extent, which would tighten tanker supply.

That could benefit Aegean, which already has 19 double-hulled tankers and expects to take delivery of another 25 over the next two years.

Aegean has "full confidence" that it will meet or exceed its target of having bunkering operations in 10 locations by 2010, Tavlarios told Bunkerworld. It would mean opening at least two new service centres between now and 2010.

Tavlarios would not be drawn on where the company would like to expand next, though he appeared to rule out Russia.

The Russian bunker market has recently seen the entry to two state-owned energy giants, Rosneft and Gazprom, which have stated ambitions to grab major market shares in the country.