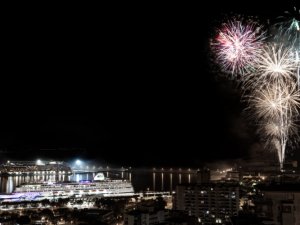 A fireworks display above the Majorcan port opened the christening ceremony which was held within a charity event.

After it was named, the 216-meter-long ship embarked on a welcome cruise in the Mediterranean. The maiden voyage until December 4 will take the new Selection ship to Sète in the south of France, the Catalan metropolis of Barcelona, and back to Palma de Mallorca.

During its premiere season, the ship will be setting a course for Southern Africa. From May to September 2020, AIDAmira will be departing from Corfu on new routes in the Eastern Mediterranean.

This news is a total 636 time has been read
Tags: AIDA Cruises, AIDAmira, Cruise Ship.