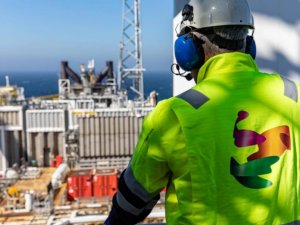 Norwegian oil and gas company Aker BP sank to a net loss in the first quarter of the year after being hit by impairments due to a significant decline in oil and gas prices. However, the company saw a record production during the period.

These volumes represent a new all-time high for Aker BP, reflecting the continued ramp-up of production from the Johan Sverdrup field.

Petroleum revenues did, however, decline by approximately 20 per cent due to significantly lower realized oil and gas prices.

This decline was partly mitigated by gains from the company’s oil price hedging program. Total income for the first quarter amounted to $872 million compared to $836 million in 1Q 2019.

Impairments amounted to $654 million and were mainly caused by the sharp reduction in oil prices and the corresponding effect on investment plans and asset valuations.

Loss before taxes amounted to $414 million, compared to a profit of $424 million in the fourth quarter of 2019.

Tax income was $80 million, compared to a tax expense of $312 million in the previous quarter. The low effective tax rate for the first quarter mainly reflects the limited deductibility towards the special petroleum tax for financial items and impairments, as well as the currency-driven revaluation of the company’s tax balances.

Overall, the company reported a net loss of $335 million for the quarter, compared to a net profit of $112 million in the previous quarter and a profit of $10 million in 1Q 2019.

In order to secure its financial optionality in response to the uncertainty caused by the COVID-19 situation and the sharp reduction in oil prices, Aker BP has made significant changes to its investment program which was presented at the company’s Capital Markets Update in February 2020.

All non-sanctioned field development projects are put on hold, and several exploration wells are postponed.

For 2020, this represents a 20 per cent reduction in capital spend compared to previous guidance, with potential for further reductions in coming years.

Production costs are also expected to be reduced by around 20 per cent from previous guidance, as all non-critical activities are being postponed and the weaker NOK favourably impacts the cost level.

The longer-term production outlook will obviously be impacted by the company’s investment level.

Given the weak oil market and the high uncertainty in the global economy, the board has decided to retract the current dividend plan in order to retain financial flexibility and position the company for future value accretive organic and inorganic growth opportunities.

The board has decided to pay $70.8 million ($0.1967 per share) in dividends in May 2020, representing one-third of the previously guided amount.

It is the board’s ambition to maintain this level for the remaining quarters of 2020, implying total dividend payments of $425 million for the full year, Aker BP said.

Each quarterly dividend decision will, however, be subject to a holistic assessment of all relevant factors, including oil prices, the COVID-19 situation and the company’s financial position.

This news is a total 1120 time has been read
Tags: aker-bp