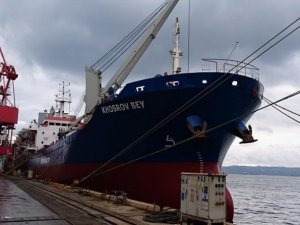 A high level of alcohol may have led to the fatal fall of the second engineer onboard the general cargo ship MV Khosrov Bey while underway in November 2018, according to a report by Transport Malta’s Marine Safety Investigation Unit.

An investigation into the incident showed that the high level of alcohol may have impaired the seafarer’s cognition or caused poor coordination.

The second engineer was reportedly found unconscious and, on observation, neither a breath nor a pulse was detected. Cardio Pulmonary Resuscitation (CPR) was commenced by the crew. The master ordered the crew to lift the second engineer and transfer him to his cabin, after which the relevant authorities were informed and the vessel diverted towards the Istanbul Strait, sector Turkeli, for medical assistance.

Later on, a medical boat came alongside and the second engineer was eventually confirmed dead.

The autopsy report revealed no narcotic or psychotropic drugs, but confirmed a presence of ethanol in blood (0.253 %) and in the eye fluid (0.267 %). The MSIU has issued two recommendations to the company aimed at reducing the risks associated with stairs and the consumption of alcohol.

The incident occurred after the vessel exited the Istanbul Strait and completed bunkering operations off Turkey’s coast. At the time, the ship was on its way from Bari, Italy to Reni, Ukraine.

This news is a total 225 time has been read

Germany Cruises Set to Resume While British Advise Against CruisingAs travel restrictions are beginning to be lowered and ports begin to reopen, three of Germany’s cruise lines announced dates to resume ocean cruising.