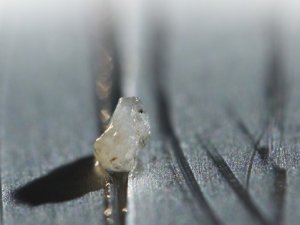 On the sidelines of the SMM 2018 trade show in Hamburg, MarEx editor-in-chief Tony Munoz spoke with Alfa Laval's vice president of marine separation, Niclas Dahl, about the company's efforts to prepare for the IMO's 2020 fuel sulfur regulation.

The addition of new fuels and fuel blends means more complexity for vessel operators, according to Alfa Laval. The global 0.5 percent sulfur cap will mean that many ships will switch to using more than one fuel, which can result in serious issues, like clogged fuel systems and even loss of power.

Abrasive, harmful cat fines will also be an increasingly serious issue as refineries retool their operations. “Already, we have seen a huge rise in cat fines, which cause major problems if not separated from the fuel before it reaches the engine," said Serdar Sengun, Alfa Laval's global sales manager for marine separation.

This has implications for vessels' fuel filtration systems. Centrifugal separators, which spin at high speeds to remove cat fines, water and other contaminants from a vessel's fuel oil supply, will have to be even more efficient.

Even with more technology, crew knowledge and training will be an important component of vessel operators' preparation for the post-2020 bunkering landscape. In addition to issues arising from cat fines and multiple fuels, crews will need to be aware of the potential risks for limited fuel stability and fuel incompatibility in the new generation of low-sulfur bunker products. Either could lead to filter-clogging sludge formation, which can cause serious technical problems and delays for a vessel.

This news is a total 649 time has been read
Tags: Alfa Laval Warns of Cat Fines Risks in Post-2020 Bunker Fuels