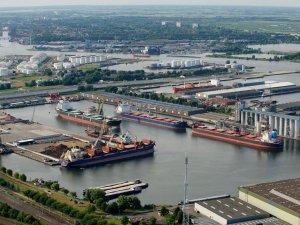 The Dutch seaports in the North Sea Canal Area, which include the ports of Amsterdam, IJmuiden, Beverwijk and Zaanstad, realised record transhipment of more than 97.4 million tonnes in 2014 according to the provisional figures.

Havenbedrijf Amsterdam NV CEO Dertje Meijer said: ”Over the past year we saw a positive decision be reached with respect to the new large sea lock, finalised our Vision 2030 in collaboration with our stakeholders and obtained a number of environmental permits that can be an impetus for our activities by, for example, providing greater scope for lighterage within the existing environmental limits. The focus in 2015 will be primarily on the preparations for SAIL Amsterdam 2015, the roll-out of our Vision 2030 and the preparations for the construction of the new large sea lock.”