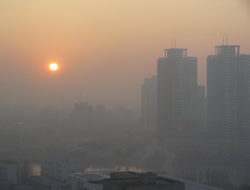 FACTORY production in China has fallen to a nine-month low, according to a preliminary survey, suggesting a more severe second quarter slowdown lies ahead, Reuters reports.

The flash HSBC Purchasing Managers' Index fell to 48.3 in June from May's final reading of 49.2, slipping away from the 50-point borderline between expansion and contraction.

Export orders also fell in June, pointing to lack of global demand the US recovery remains fragile and Europe was still mired in the debt crisis.

Growing at its slowest pace in 13 years, fresh statistics show a weaker performance than expected, indicating that China's 2013 growth target of 7.5 per cent may be too optimistic.

Said HSBC chief China economist Qu Hongbin: "Manufacturing sectors are weighed down by deteriorating external demand, moderating domestic demand and rising destocking pressures. Beijing prefers to use reforms rather than stimulus to sustain growth. While reforms can boost long-term growth prospects, they will have a limited impact in the short-term. As such, we expect slightly weaker growth in 2Q."

This news is a total 2719 time has been read