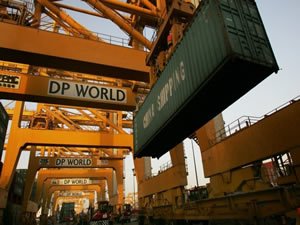 Dubai-based port operator DP World has been chosen as the preferred bidder to start discussions with the Government of Angola for a 20-year concession and operation of the Multipurpose Terminal (MPT) at the Port of Luanda.

As informed, DP World will invest $190 million into the facility over the 20-year period. Under the plan, the company will rehabilitate the existing infrastructure and buy new equipment to boost the efficiency of MPT. The plan also envisages the increase of MPT’s annual throughput to 700,000 TEUs.

Handling both containers and general cargo, the terminal has a quay of 610 metres with a depth of 12.5 metres and a yard of 23 hectares. It will become the first seaport terminal located on the western coast of Southern Africa to be operated and managed by DP World, further extending the company’s footprint in Africa.

“We believe in Angola’s strong potential for further economic growth and are keen to play our role in the country’s development. Angola’s location on the Atlantic Ocean in Southern Africa means it has the opportunity to benefit from flows of trade into the surrounding region,” Sultan Ahmed bin Sulayem, Group Chairman and CEO of DP World, commented.

Earlier this month, DP World signed a deal with another African country, Senegal, announcing its plan to invest a total of $1.127 billion to develop a deep-water Port at Ndayane.

The port will be developed by DP World Dakar in several phases. The port operator also eyes a special economic zone next to the Port of Ndayane.

This news is a total 4192 time has been read
Tags: ANgola , DP World , port-of-luanda , terminal