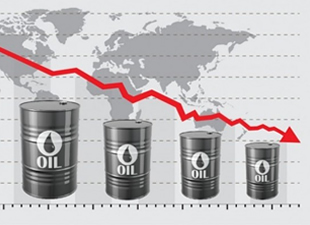 Angola announced Wednesday that it will revise its state budget for 2015 amid falling oil prices, since the country's revenues are dependent on oil exports, according to Angola's official news agency ANGOP.

The budget reassessment will revise the oil revenue estimates based on an average of $81 per barrel and thus avoid an economic recession in the country, said the secretary of the ruling MPLA party’s politburo for economic and social affairs, Manuel Nunes Junior, according to ANGOP.

The secretary added that economic policy measures have to be implemented to alleviate the effects of the oil price decline, as the country tries to keep the inflation rate between seven and nine percent, said ANGOP.

Curtailing public expenditure, raising non-oil revenues, diversifying the national economy, redirecting the National Development Fund's resources and finding sources to support projects in the non-mineral sector and mercantile services are among the short-term measures to be put into practice to maintain positive growth for the country, ANGOP said.

Angola's inflation rate was 2,672 percent in 1995, according to World Bank data, while the country has managed to lower it gradually to single digits.

Angola's inflation rate was recorded at 7.48 percent in Dec. 2014, and reached a record low of 6.89 percent in June, according to the National Institute of Statistics - Instituto Nacional de Estatística Angola.

The annual gross domestic product growth of the country has also increased from 3.4 percent in 2010 to 6.8 percent in 2013, World Bank data shows.

Angola is the second-biggest oil producer in Africa after Nigeria. While the country went through an oil production boom between 2002 and 2008, it became a member of the Organization of the Petroleum Exporting Countries, OPEC, in 2007, according to the U.S.' Energy Information Administration.

While China's Sinopec and the China National Offshore Oil Corporation, CNOOC, are also involved in Angola, the African country has been the second-biggest crude oil exporter to China since 2005, according to the U.S. agency.

Angola has the third-most oil reserves in Africa with 12.7 billion barrels after Libya and Nigeria, while it produced 1.8 million barrels of oil in 2013.

This news is a total 2244 time has been read
Tags: China, Offshore, national, CNOOC, million, Nigeria