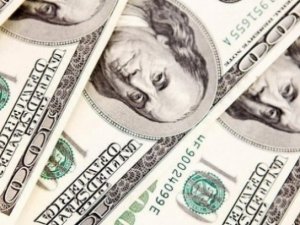 Experts say if Turkey, Iran do not agree on discount level within obligatory timeframe, arbitration court will rule

Turkey and Iran must conclude the natural gas discount rate due to Turkey to avoid the arbitration court fixing the rate, Denis Mouralis, professor of arbitration and international trade law at Aix Marseille University, consultant and arbitrator said Monday.

Turkey brought the case to court because of Iran's high natural gas prices applied to the country during the four year period between 2011 and 2015.

The International Court of Arbitration ruled against Tehran in the gas dispute, officials from Turkey's Energy and Natural Resources Ministry told Anadolu Agency on Feb. 2.

Turkey and Iran must agree on the level of discount Turkey will receive on Iranian gas within three months, Turkey's Energy Minister Berat Albayrak said the same day.

Mouralis said that BOTAS, the Turkish state-owned crude oil and natural gas pipelines and trading company, concluded a gas import contract with Iran but claimed Iran failed to fulfill its obligations under the contract, and initiated arbitration, pursuant to the arbitration clause of the contract.

"The arbitration was conducted under the rules of the International Chamber of Commerce (ICC), a private international body, whose court of arbitration is world renowned for commercial disputes. The seat of ICC is in Paris but arbitral tribunals can seat wherever in the world the parties have chosen . Here, the arbitral tribunal was seated in Geneva, Switzerland," Mouralis explained.

He added that the decision of the arbitral tribunal is akin to a judgment, is binding on the parties and can be enforced.

The price of gas imports from Iran is expected to decrease between 13.3 percent and 15.8 percent after Turkey and Iran agree on a rate. If the parties fail to agree on a reduction within two to three months, the international arbitration court will step in and make the decision.

"The parties must discuss the exact rate. If they do not agree, the arbitral tribunal shall fix the rate. This discount will apply retroactively from 2011, meaning Iran would have to reimburse BOTAS a part of the price paid during the last four years," Mouralis added.

Dr. Harun Kilic, a partner from KILIC & Partner International Law Firm, said that in accordance with the court's decision, it has concluded that Iran sells natural gas to Turkey at more expensive costs than other buyers.

"It is projected that Iran will have to pay $1 billion for the four-year period between 2011 and 2015. The two countries should discuss and negotiate the percentage of gas sale discount retrospectively,” Kilic said.

Iran and Turkey signed a natural gas deal for 25 years in 1996 which will expire in 2021. According to Kilic, the court’s decision will also affect the cost of Turkey's gas purchase from 2016 to 2021.

Kilic also stressed that the discounted gas prices will be passed onto customers in decreased gas bills.

“We will apply natural gas prices for the consumers in accordance with the discount from the court case,” Turkish Energy Minister also announced on Feb. 2.

This news is a total 2129 time has been read
Tags: Ankara, Tehran must discuss gas discount level, experts, Turkish, Maritime