Another extension for Vizhinjam port project? 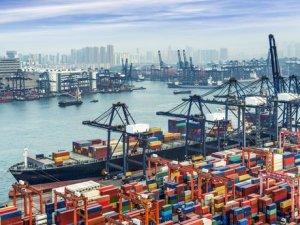 With the December 2019 time frame set to commission Phase I of the International Multi-purpose Deepwater Seaport project at Vizhinjam by Adani Group to be missed, the big question is when will the private multi-port operator complete the first phase.

For Adani Vizhinjam Ports Ltd (AVPL), the multi-port operator tasked with the execution of the ambitious PPP project, this is the second time that the target is being missed. The Adani Group is known for completing all infra projects undertaken by it ahead of schedule and dream project of Kerala has been a difficult terrain.

Adani Group chairman Gautam S. Adani had announced September 1, 2018 as the 1,000 days target after signing the concession pact for the project between the State and AVPL in August 2015 though a four-year deadline had been fixed in the agreement.

Read more on The Hindu.

This news is a total 220 time has been read
Tags: VIZHINJAM PORT