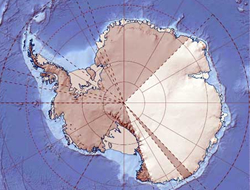 Fairfax Australia is reporting a back down by the Australian Federal Government over proposed giant Antarctic marine reserves due to objections from Russia and the Ukraine.

Following two failed attempts to gain approval, the 1.6-million-square-kilometre East Antarctic System (the proposal put forward by Australia, France and the European Union) will be broken down into seven smaller reserves and resubmitted for approval.

According to Fairfax, the seven reserves cover distinctive areas of high biodiversity, and feeding areas for seals, whales and seabirds. They form the biggest single system up for debate at the Commission for the Conservation of Antarctic Marine Living Resources.

At a recent special meeting, Russia and Ukraine have gone on record at a recent meeting questioning the legal basis for the reserves.

Australia’s Federal Foreign Minister Julie Bishop joined counterparts from all proponent countries in issuing a statement in support of the reserves.

This news is a total 1214 time has been read