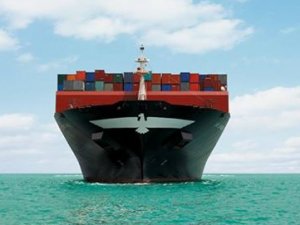 Singapore-based container line APL is launching a new weekly U.S.-flagged service that will, as of November, connect North Asia with the U.S. West Coast.

APL will deploy six vessels with a nominal capacity of 5,100 TEUs each for the service. The first sailing of the Eagle Express service will depart Qingdao on November 1, 2015.

With end-to-end operational control by APL, this service is said to feature speedy transits to Los Angeles – 13 days from Shanghai and 11 days from Busan. Additionally, Tuesday vessel arrival in Los Angeles assures same-week local cargo availability, according to APL.

“The Eagle Express service is characterized by a well-formulated network design which will be optimally supported by a dedicated fleet of APL vessels as well as our highly-efficient terminal and rail operations,” said Kenneth Glenn, APL President. Viking Line’s freight transport standing firm against COVID-19 impactFinland-based ferry company Viking Line is experiencing a growth in demand for freight transport onboard its ships, keeping its traffic volumes high despite the COVID-19 pandemic’s impact on the movement of goods.