Apostleship of the Sea helps 59 stranded crew in Poland 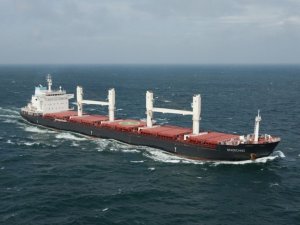 The charity Apostleship of the Sea (AoS) has reported how it stepped in in Poland to assist 59 abandoned Russian seafarers who were left in the lurch after a shipowner went bankrupt.

The men were crew members of three ships – Vyritsa, Zarechensk and Braschaat. They learnt about their plight while they were out at sea. Shipping database Equasis lists Sobelmar as the owner of the three ships.

AoS Gdynia port chaplain Father Edward Pracz has been supporting them from the time their ships were anchored at the port in April.

Fr Edward said, “The ships were taken over by the bank and there were delays in paying the crews’ wages.

“This coupled with the lack of information and uncertainty caused great anxiety among the crew and their families back home,” he said, adding that provisions and freshwater supplies had also begun to run low.

Fr Edward was further able to convince immigration officials to allow the seafarers ashore, as visa restrictions meant they were not able to get shore leave.

He arranged medical treatment for them at the Stella Maris seafarers centre.

“AoS Gdynia also provided meals on several occasions, pocket money and took the crews to the barber’s and to the shops.

“One evening stormy weather made their return to the ships impossible so we placed them in a hotel,” said Fr Edward.

Working jointly with the local International Transport Federation (ITF) inspector, AoS was able to secure the unpaid wages and the seafarers have since been repatriated.

“We got a lot of thanks from the crew who were very grateful for the assistance and support provided during what had been a difficult time for them,” said Fr Edward.

This news is a total 2783 time has been read
Tags: Apostleship of the Sea helps 59 stranded crew in Poland, türkishmaritime