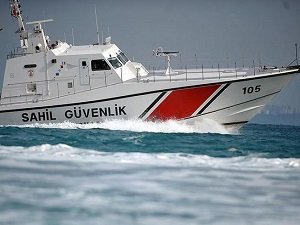 As part of enforcement against smuggling activities, Turkish Command of Coast Guard will acquire more boats to enhance the effectiveness. Boats that have a top speed of 35 knots; will be in use in all inland waterways of Turkey as well as The Aegean Sea.

Turkish Command of Coast Guard, will be take effective measures to control smuggling by 105 boats that have a top speed of 35 knots. Boats that will be in use in all inland waters of Turkey; will be in use primarily at The Aegean Sea; where the high incidence of human trafficking have occured.

Tender decision of The Control Boat Project was made by Defense Industry Executive Committee that chaired by President Recep Tayyip Erdoğan.

It will be produced for the very first time

5 companies had called for tender and Aras Shipyard wins. ARES 35 FPB type control boats that have a top speed of 35 knots will be produced and delivered to Turkish Command of Coast Guard for the very first thime. They will be in use at The Black Sea as well as the Marmara and The Mediterranean Sea

They will be located at small town’s ports

Along with smuggling activities; control boats are predicted to intervene in all the criminal incidents. No staff will be assigned to control boats and they will be used by constabulary and coast guards in case of necessity.